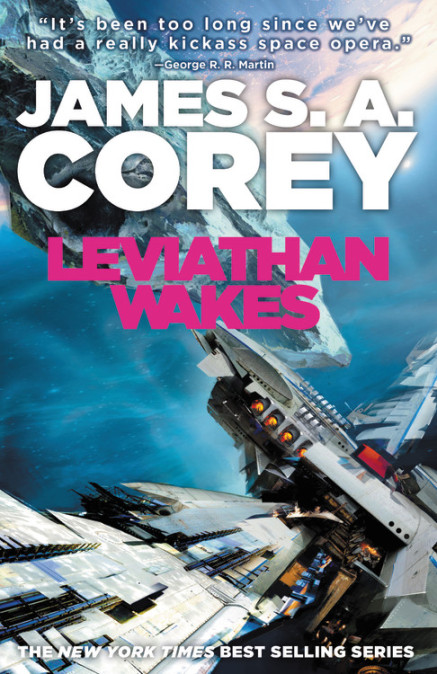 The first book in the NYT bestselling Expanse series, Leviathan Wakes introduces a reluctant captain and a washed-up detective as they unravel a horrifying solar system wide mystery that begins with a single missing girl. Now a Prime Original series.

Leviathan Wakes is James S. A. Corey’s first novel in the epic, New York Times bestselling series the Expanse, a modern masterwork of science fiction where humanity has colonized the solar system.

Two hundred years after migrating into space, mankind is in turmoil. When a reluctant ship’s captain and washed-up detective find themselves involved in the case of a missing girl, what they discover brings our solar system to the brink of civil war, and exposes the greatest conspiracy in human history.